The Split Peaches Taper Butt Plug is a plug that required a long warm-up session for me. It is 5.5″ tall and has a diameter of 2″ at its widest point. Although the manufacturer does not assign sizes to their taper plug (since there’s only one taper plug) this would easily be described as a ‘large’ plug.

Before I start, let me get this out of the way:

I have to disagree with Split Peaches when they say that this is a butt plug. I would call this toy a dildo with a changing girth. If one attempts to use this as a plug, one will find that it slips out quite easily. The only possible way that I could wear this toy as a butt plug is if I used a butt plug harness. I personally don’t own one, but using this toy as it is as a butt plug is very difficult. The lack of a distinct bulb or a ‘groove’ causes the plug to slip quite easily. Even more difficult is walking around with it, which is something that I enjoy doing; of course, if you’ll be stationary or sitting down while using it, then you’ll be fine.

I was impressed with the packaging that the plug came in. It is a plastic tube container that comes sealed with some shiny tape. 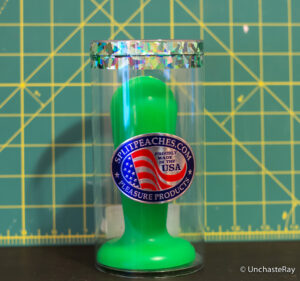 The reason I liked the packaging is because it is made to be reusable. The plug can be stored here when not in use to protect from lint or getting dirty; however, I would argue that it is a double-edge sword since it prevents the plug from being ‘aired-out’ to get rid of any butt-smells. I personally just store it with some silica gel packets.

The plug itself has a smooth finish which attracts lint. I have found that dust magnets are common in silicone toys that have a smooth finish. One of the most interesting aspects of the plug is that it has a suction cup base. I discovered this accidentally, but it sticks on my shower walls no problem and has a strong grip.

By observing, without inserting, I hypothesized that it wouldn’t make a great butt plug. The plug does not appear to have a way of staying put in one place. Purely hypothesizing, I guessed that it would keep moving threatening to slip out.

This butt plug required a fair amount of warm-up before I could insert it. If I were to rate the amount of warm-up required on a scale of 1 to 10, where 1 would be the easiest to insert with no warm-up and 10 would be the opposite, I would rate this a solid 7. Although I was mentally prepared to take it in, my sphincter did not feel the same way at first.

Once I actually did get the taper plug in me, I was happy to discover that it this plug filled me completely. The taper design had an interesting sensation as it slid in; the changing girth of the plug felt great. As the plug went deeper, my sphincter was able to relax. The sensation was fascinating, I thrusted the toy in and out of me rapidly; this immediately flooded my pelvic area with a sort of tingling that I was really fond of.

For long-term use, I could never use this toy for that purpose. A plug harness would be the only option for long term usage. 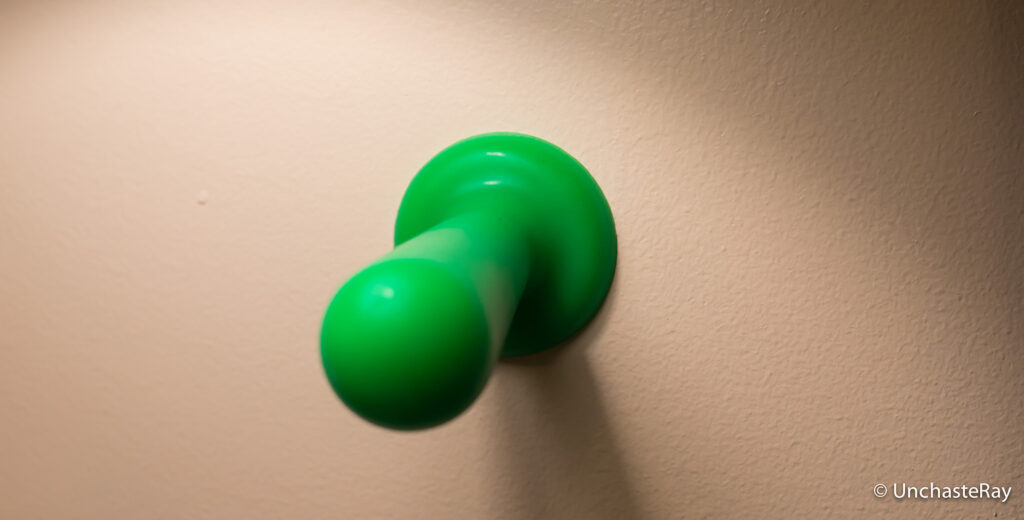 The Split Peaches Taper Butt Plug is made from platinum-cured silicone. Any lubricant except for silicone-based can be used with this toy. If the toy is to be used as a plug, hybrid lubricant should be used to prevent any drying out.

For cleaning, warm water and soap will suffice after each use. However, I would recommend sterilizing the toy in boiling water or soaking in a 10% bleach solution once in a while or if sharing with a partner.

Even though this toy is made from silicone, it does keep butt smells. This is normal and will go away if boiled/bleach-solution. If the toy is stored in the enclosed container, the smells can stay in there. Personally, I store it with a large packet of silica gel.