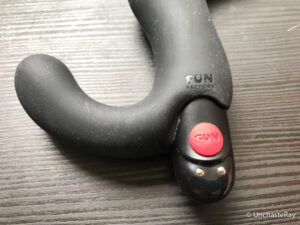 The charging portion of the Duke is unique. It uses a magnetic charger that attaches to the two metal contacts at the base of the bullet. I’m going to have to guess that this was done to keep the entire bullet sealed from water. The Duke is advertised as 100% waterproof and I am certain that having a charging port would compromise the ‘waterproofness’ of the bullet.

One of the best design features about the Duke is the fact that the vibrating bullet and the silicone insertable portions are completely removable. This by itself is 100% necessary in being sanitary and clean with toys that are used anally. I am able to soak the silicone portion in a 10% bleach solution to sanitize or even submerse in boiling water without having to worry about damaging the vibrating bullet. 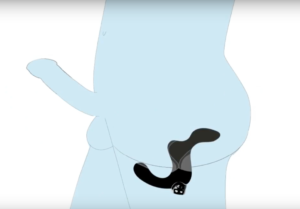 As with any silicone toy, I used Sliquid H2O to insert the stimulator. The extra bulb-anchor made me think that it would be difficult to insert; but I found that this was not the case. The bulb is relatively slim and went in without much of a fuss. Of course, this was only possible because I was relaxed and I used sufficient lubricant.

Let me just add before I continue: the Duke was held in place without any help. The bulb-anchor kept the toy held right up against my prostate and it made no threat to slip out.

Once inside me, I turned on the Duke. I enjoyed the fact that the Duke stimulated me in just the right spots. I didn’t have to move it much to actually get stimulation. Once it was touching me in the right place, re-adjusting it or myself was not necessary to feel the full effects. I wasn’t able to change the intensity of the vibrations, but I did not feel that it was necessary to do so.

It was such a blissful feeling to have my prostate being massaged without moving. Just lying in bed with my eyes closed, not worrying about moving around the stimulator or having to re-adjust it constantly as with other massagers. The stimulator stayed at one speed the whole time (there really aren’t more than one speed).

For me, the lack of speeds or intensities did not disappoint me. I personally dislike having so many speeds and rhythms on vibrators. 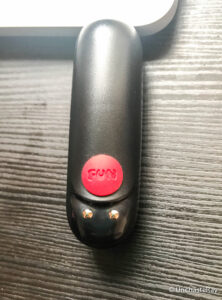 The Fun Factory Duke is one of my new favorite prostate massagers. The vibrations are strong and really travel well into the prostate. For the most part, the stimulation can be done hands-free (which is my favorite kind). Prostate stimulation is different for every person–not everyone can have a prostate orgasm, but the Fun Factory Duke can definitely help achieving that.