The first thing I noticed when I first got the Smart Wand is how beautifully designed the entire device is. The packaging itself is sleek and it is obvious to me that LELO has put just as much thought into the design process for both the packaging and the 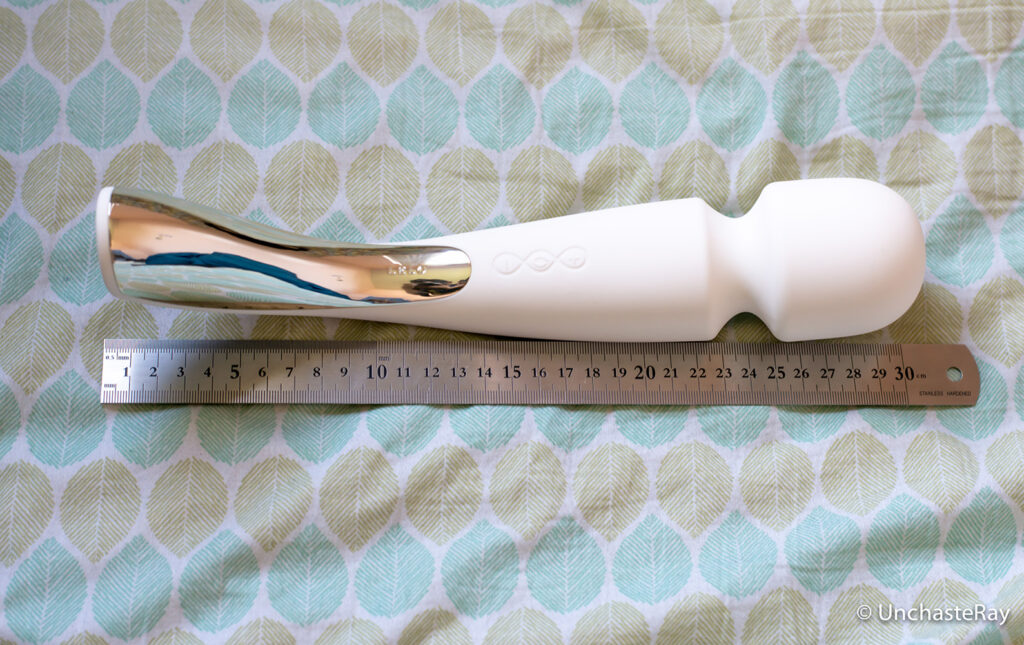 Smart Wand equally. Upon opening the box, I found the registration card, a manual, LELO toy cleaner, a storage bag and the Smart Wand itself.

The body of the massager is sleek and minimalistic. The head of the massager (and most of the body) is matte white silicone. There is a shiny silver plate on the handle with the LELO logo. Personally, I am a fan of minimalism so I am ecstatic to see such great design on this massager.

The massager controls are inconspicuous and fit well with the rest of the overall design. There are three buttons: Up (+), Mode, and Down (-). The up button increases the strength of the vibration and the down button decreases the vibration; there are about 12 strength levels. The mode button cycles through the various modes. The modes are various speeds of pulsation and a really weird mode at the end that is a bit random (shuffle mode). The vibrations themselves are not too loud. If I was to use the Smart Wand in an enclosed room, the only way I could be heard is if someone was outside my door (full disclosure: my bedroom walls are thick). I would describe the vibrations of this device as rumbly since they have a low frequency and don’t get too loud.

At the bottom of the massager, there is the charging port. On LELO’s site, it says that it is 100% waterproof, but I believe they mean that the part that makes contact with the body is waterproof; granted, everything above the shiny plastic plate is completely sealed. I don’t want to try submerging it completely underwater since the charging port isn’t sealed and can probably damage the device. I do wish that LELO included a cover for the charging port like the LELO Billy.

The bag is excellent for storage.

The best way that I could take advantage of this as a sex toy is to use it on the underside of my glans by the frenulum. This is [usually] the most sensitive part of the penis for [most] guys. For me, the vibrations are too powerful if the wand is set too high at first. I have to build up from the very bottom and gradually turn up the speed. When first turning on the Smart Wand, it immediately skips the first vibration setting and moves on to level 2. As a personal preference, I like to not climax immediately; because of this, I have to use the wand on the middle settings. If I used the wand on the highest setting, I can probably orgasm in less than 30 seconds.

Another great use for the Smart Wand is transferring the vibrations to other toys. I tried using the Smart Wand on my Split Peaches Taper Plug and I was happy to discover that the vibrations transferred very easily. I immediately felt the vibrations on my prostate and throughout my bottom. I wanted to sustain the feelings for a long time, but I had to manually apply the wand to the plug which got tiring quickly. Of course, I could sit on it, but I did not want to risk breaking the head.

Sense Touch is a very distinct and proprietary feature from LELO. Sense Touch is a feature where the vibrations get more intense when the wand is touching skin. Reading other reviews, it seems that Sense Touch didn’t work as well for other people. In my own experience, Sense Touch worked as advertised, but it wasn’t as fine-tuned as I expected it to. The vibrations did increase from about a level 3 at idle to about a level 8. I tried to apply more pressure to increase it higher, but it wouldn’t move past a level 8.

The part of the LELO Smart Wand that makes contact with the body is silicone. Water-based lubricant would be ideal to be used with this toy. Silicone is a no-no since it can damage the toy.

For cleaning, soap and water is sufficient for cleaning after every use. LELO included an antibacterial cleaner which works pretty well after every use. If you would like to sterilize the Smart Wand, it would be best to clean it with a 10% bleach solution (90% water). Using boiling water is not advised since it can damage the electronics.

For storage, the included bag is perfect of course since it’ll protect it from any dust/lint. I personally keep the Wand near my nightstand in case of any spontaneous sessions. 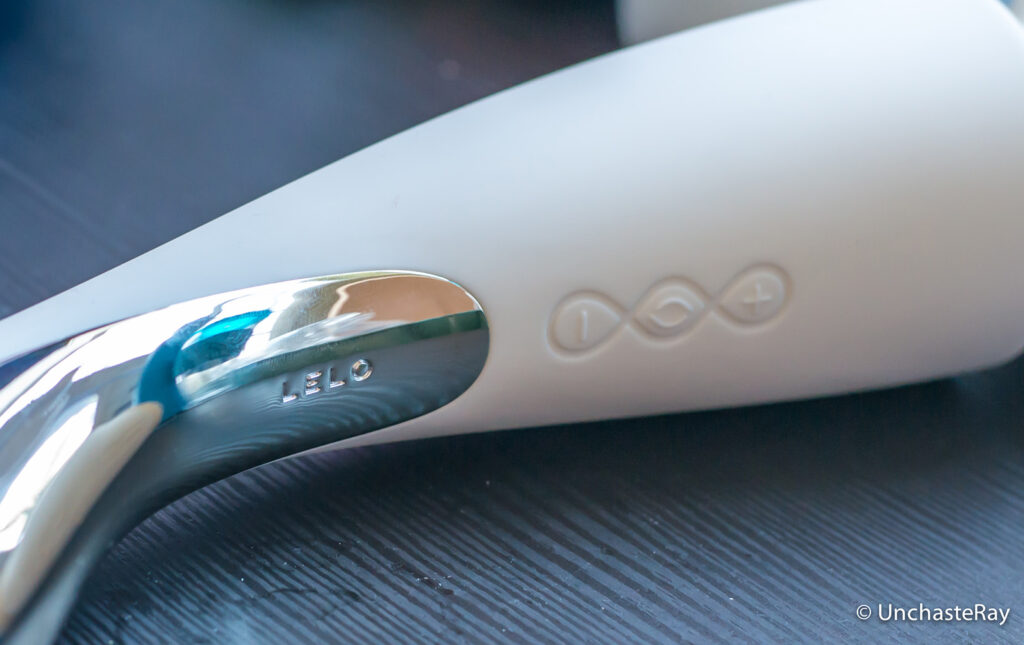